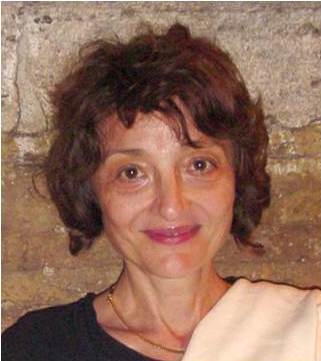 Dr. Shisheva joined Wayne State University in 1996 with the ambition to discover new molecular players in her life-long field of scientific interest: the mechanism of insulin-regulated glucose transport. Immediately upon setting her lab, she embarked on a risky expedition searching for genes selectively expressed in adipose and fat tissue. This effort paid off by the isolation of an exceedingly large evolutionarily-conserved enzyme. Dr. Shisheva called it PIKfyve (for PhosphoInositide Kinase for position five containing a fyve finger domain), based on the subsequent characterization of its kinase activity towards phosphoinositides and other features. PIKfyve and its products were found to function as positive regulators of insulin responsiveness. Since then, the multifaceted role of PIKfyve and its associated proteins in phosphoinositide metabolism and cellular functions has become the major focus of Dr. Shisheva’s research.

PIKfyve is an essential component of the mammalian cell endocytic machinery that binds to membrane phosphatidyl inositol (PI) 3P (3-phosphate) and synthesizes PI3,5P2and PI5P. PIKfyve mutants defective in PI3,5P2synthesis or PIKfyve protein ablation cause enormous cytoplasmic vacuoles. More recent studies reveal that PIKfyve delivers its action in a complex with two other protein partners: ArPIKfyve and Sac3. ArPIKfyve activates PIKfyve lipid kinase activity whereas Sac3 is a lipid phosphatase using PI3,5P2 as a substrate. Thus PIKfyve appears to be a part of a molecular machine synthesizing and turning over PI3,5P2, thereby regulating endosomal traffic.

Dr. Shisheva's findings have attracted a lot of scientific interest. In addition to confirming her observations at cellular level, work by others has established that PIKfyve and Sac3 mutations are associated with human genetic disorders (Francois-Neetens Mouchetee fleck corneal dystrophy and Charcot-Marie-Tooth neuropathy, respectively). In multicellular model organisms knockout of PIKfyve is lethal, whereas mouse knockouts of ArPIKfyve and Sac3 result in similar neurodegeneration and early postnatal death. Finally, PIKfyve ablation inhibits HIV propagation, further supporting its essential role in endocytic functions. You could read Dr. Shisheva’s most recent reviews on the functionality of PIKfyve and associated proteins here and here. A pdf presentation of her new research can be found here.

These observations underscore the importance of fundamental advances in the field and the expectations that further studies may provide targets for diagnosis and treatment of human disease.

Dr. Shisheva's research is supported by NIH and ADA.

Dr. Shisheva is not accepting students.

Dr. Shisheva has over 100 publications and has been cited more than 3000 times.
For a list of her publications please visit: PubMed-Shisheva