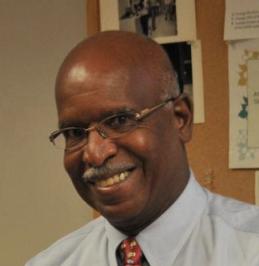 When my lab was involved in research, we were interested in the endocrine mechanisms associated with diabetes mellitus and its complications. Diabetes or insulin insufficiency is characterized by changes in nutrient metabolism as well as chronic alterations in multiple physiological systems. Cardiovascular changes and hypertension are characteristic of diabetes and are the basis for the major complications of diabetes such as increased risk of heart attack, vascular dysfunction, and stroke. Since obesity is strongly associated with diabetes we also investigated the role of insulin and adipose tissue hormones in the central nervous system (CNS)-mediated regulation of cardiovascular responses. We investigated the hypothalamic factors mediating the leptin signaling cascade pathway. We have evaluated the interaction of the proopiomelanocortin system (POMC) and its major products aMSH and beta-endorphin and their receptors in this process. We conducted studies on the mechanism of action of insulin and leptin in the regulation of blood flow dynamics. We also conducted studies to evaluate the peripheral actions of these hormones contrasted to their actions mediated at the level of the central nervous system (CNS). It was our working hypothesis that many of the chronic pathologies associated with diabetes are mediated by alterations in the central nervous regulatory mechanisms that lead to the diabetic complications. We have demonstrated that insulin and leptin-mediated hormones can affect cardiovascular dynamics at the CNS level, and that these regulatory responses are altered in diabetes. We also had studies on the influence of diabetes on CNS neuronal apoptosis and the response to ischemia. We observed that diabetes is associated with a basal increase in apoptosis and this process is made worse by ischemia. We investigated the role of insulin and IGF-1 in this process and studied the mechanisms involved in this process.

I am not accepting any students at this time.

A complete list of Dr. Dunbar's publications can be found at PubMed-Dunbar