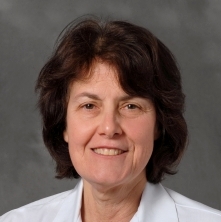 Research in the LaPointe laboratory uses a multi-disciplinary approach to investigate molecular signaling pathways leading to cardiac hypertrophy and cardiomyopathy. The laboratory performs in vitro experiments using both neonatal rat and adult mouse ventricular myocytes in culture to determine: 1) molecular regulation of the natriuretic peptide gene BNP; 2) how pro-inflammatory mediators regulate COX-2 and PGE2 synthases (mPGES1, 2 and 3);  and 3) the signaling pathways utilized by prostanoids such as PGE2 and other factors to effect their responses, including the pathways activated by the EP4 receptor. Cultured cardiac fibroblasts are also used to investigate the role of prostanoids in collagen formation and degradation. Methodologies employed in our laboratory include gene array analysis, quantitative RT-PCR, Western blot, immunohistochemistry, transfection, zymography and flow cytometry.

Whole animal studies examine the role of PGE2 production and binding to its EP4 receptor in the development of cardiovascular disease. Experimental models include angiotensin II infusion to create high blood pressure and cardiac hypertrophy and myocardial infarction to induce remodeling. Cardiac function in these animals is assessed non-invasively by echocardiography. Presently we are using mPGES-1 KO and cardiac myocyte-specific EP4 knock out mice to investigate the role of PGE2 and its EP4 receptor in fibrosis, hypertophy and regulation of inflammatory processes in the heart.

A list of Dr. LaPointe's publications can be found at PubMed-LaPointe