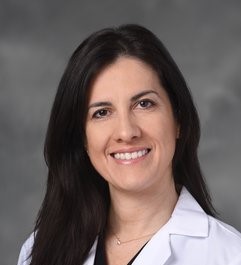 During my PhD training I worked with primary cultures of cardiomyocytes. I acquired experience in molecular biology techniques to study signaling mechanisms controlling cardiac hypertrophy in cells as well as whole animal physiology to understand the role of prostaglandins in remodeling and cardiac infarction. I have been particularly thrilled with how processes occurring at a very small scale govern cell structure and function. Since then I have studied the pathobiology of hypertension, from heart to kidney, and from molecule to whole animal models.

Our work for the past ~10 years has focused on understanding the mechanisms of renin biology and release. The field of renin biology has been understudied at a molecular level. This is in part due to the lack of technological developments to either isolate or study cells that produce and release renin. This has impaired the ability to advance the knowledge on very basic mechanisms of renin biology. When compared to the advances in the knowledge on other endocrine secretory cells, such as insulin-secreting pancreatic cells, the field of renin is very behind, preventing the development of better targets for the treatment of hypertension.