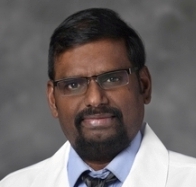 Hyperglycemia leads to the production of reactive oxygen species (ROS), advanced glycation end-products (AGE) and other aldehydic products such as 4-hydroxy-2-nonenal (4HNE). These toxic products form protein adducts leading to cell damage and organ dysfunction, which may lead to death. In some cases, the link between diabetes-induced cardiovascular, neurological and renal complications and these toxic products has been shown (e.g., methyl glyoxal, an aldehydic precursor of AGE. Aldehyde dehydrogenase (ALDH) is a family of homo-tetrameric enzymes. Mitochondrial ALDH2 detoxifies aldehydes that accumulate under oxidative stress. ALDH2 is particularly important enzyme as it can not only able to protect the mitochondria from this damage, but can also diminish oxidative stress in damaged mitochondria. In our lab, we are planning to determine whether diabetic complications, in particular cardiac damage by hyperglycemia can be reduced by accelerating the removal of these aldehydes by using a novel ALDH activator.

My earlier studies identified that mast cells play an important role in pathological cardiac remodeling and that inhibition of mast cell degranulation can ameliorate HF by preventing the progression of cardiac remodeling. Further studies revealed that inhibition of PKC epsilon (Palaniyandi et al 2008) and beta II (Palaniyandi SS et al. 2011) by selective peptide inhibitors of these isozymes (developed by Mochly-Rosen lab) attenuate mast cell degranulation and thereby result in the attenuation of pathological cardiac remodeling and improvement of HF after hypertension and myocardial infarction (MI), respectively. Based on these observations, we plan to determine whether modulation of PKC isozymes (in particular, PKC beta II) result in the attenuation of cardiac remodeling of diabetic cardiomyopathy.

Another new idea is in development stage in the lab that ALDH activity being a marker for stemness in stem cells; we want to understand the role ALDH isozymes in the contribution of repair and regeneration of cardiac tissue after insults.