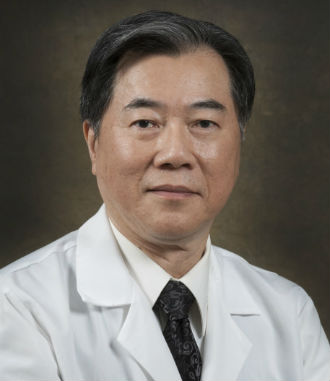 Dr. Hsu received his medical degree from Kaohsiung Medical School in Kaohsiung, Taiwan, Republic of China, in 1982, and his master of public health degree from The John Hopkins University School of Hygiene and Public Health in Baltimore, MD., in 1991. He completed Obstetrics and Gynecology residency training at Beth Israel Medical Center, New York, in 1990. He subsequently completed a postdoctoral research fellowship in Maternal-Fetal Medicine and a clinical fellowship in Maternal-Fetal Medicine, both at The Johns Hopkins University School of Medicine in 1993.

Board certified in General Obstetrics and Gynecology, and in Maternal Fetal Medicine, by the American Board of Obstetrics and Gynecology, Dr. Hsu’s research led to his election to the Board of Directors (and positions as secretary and treasurer) of the North American Society for the Study of Hypertension in Pregnancy. He is on the editorial boards and journal reviews for national and international journals and an educational consultant. A well-funded researcher with more than 200 publications and abstracts, he has been invited nationally and internationally to give numerous lectures, and to consult on pregnancy complications involving preeclampsia and high-risk pregnancy disorders.

Under his leadership, the Nassau University Medical Center Department of Obstetrics and Gynecology received the 2012-2016 Gynecologic Surgery Excellence Award and the 2012 Maternity Care Excellence Award form Healthgrades. The department also earned Healthcare Association of New York State recognition for registering the lowest C-section rate and highest vaginal birth after C-section rate in the region. Dr. Hsu has also been successful in implementing an evidence-based checklist known as “Hsu's Bundle” to reduce C-section surgical site infections down toward zero.

Dr. Hsu is not taking students at this time.