Age-dependent neurodegeneration is a major health issue, but options to fight it remain elusive. Exercise has emerged as a powerful intervention in delaying the progression of several age-related disorders that together comprise the family of polyglutamine neurodegeneration.

A team of researchers from the Wayne State University School of Medicine recently received a $423,500, two-and-a-half-year grant, “Exercise-dependent mechanisms of protection in polyglutamine degeneration,” from the National Institute of Neurological Disorders and Stroke of the National Institutes of Health to investigate how daily exercise can impact the family of age-related, polyQ disorders. 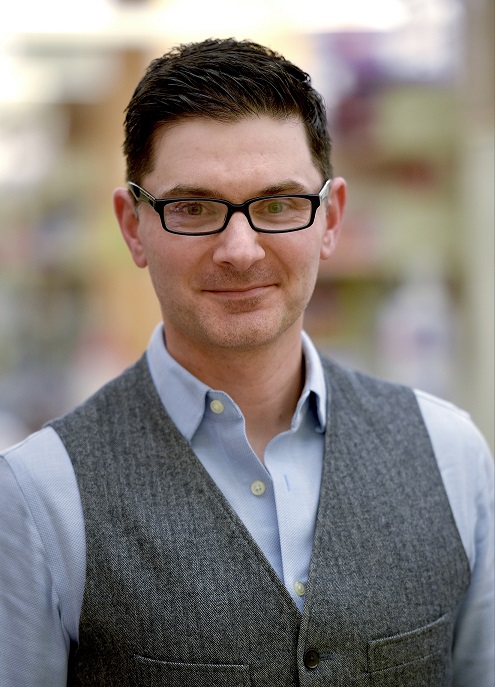 “Our work aims to understand the benefits of exercise in alleviating symptoms and delaying disease progression, and identifying unique mechanisms that can be utilized as novel therapeutic targets for neurodegeneration in nine age-related neurological disorders,” said Sokol Todi, Ph.D., professor of Pharmacology and of Neurology, associate dean for postdoctoral development in the Wayne State School of Medicine, and co-principal investigator on the grant.

Dr. Todi will be joined by Robert Wessells, Ph.D., associate professor of Physiology in the Wayne State University School of Medicine.

The diseases are caused by an abnormal expansion of the CAG triplet repeat of their respective genes that occurs during DNA replication, and typically are late-onset genetic disorders that lead to various physical impairments. The disorders include Spinocerebellar Ataxias, or SCAs, 1, 2, 3, 6, 7 and 17; Huntington's disease; Kennedy's disease; and Dentatorubral-pallidoluysian atrophy.

SCAs are a group of hereditary disorders with degenerative changes in the area of the cerebellum that controls movement and, sometimes, in the spinal cord. Huntington’s disease causes a progressive breakdown of nerve cells in the brain that deteriorates a person’s physical and mental abilities during their prime working years. Kennedy’s disease is a neuromuscular disorder that causes progressive weakening and wasting of the muscles, severe cramps, and problems with speech and swallowing. Dentatorubral-pallidoluysian atrophy is a progressive brain disorder that causes mental and emotional problems, involuntary movements and a decline in thinking ability.

Dr. Todi said there is no effective therapeutic solution for any disease in the polyQ family. All patients lose their ability to control movement over time, eventually becoming reliant on wheelchairs.

“Endurance exercise is proven to improve disease conditions in various disease models across species,” Drs. Todi and Wessells said. “We recently investigated the potential impact of exercise on loss of mobility in Drosophila melanogaster models of three polyQ disorders — SCA2, SCA3 and SCA6 — to determine if the fruit fly would provide expedient information about conserved molecular pathways and mechanisms that, once characterized and understood, can be subsequently explored and expanded in vertebrates.”

With the help of funding from the NIH, the team seeks to expand on these promising observations through two aims that will explore the protective role of exercise across the spectrum of polyQ diseases and define molecular mechanisms that can be mobilized therapeutically in polyQ disease patients.

The grant number for this National Institutes of Health award is R21NS121276.

Dr. Todi received a second one-year grant from the National Ataxia Foundation. This $100,000 pioneer award, “Targeting Hsc704 to mitigate SCA3/MJD,” will study how the protein that causes Spinocerebellar Ataxia Type 3 — also known as Machado-Joseph Disease, or MJD — behaves, and will focus on protein-protein interactions that can be targeted in the clinic to inhibit toxicity.
SCA3/MJD is a rare, inherited neurodegenerative disease that causes progressive cerebellar ataxia, which results in a lack of muscle control and coordination of the extremities. It is the most common dominantly inherited ataxia in the world. The exact reasons for this disease are unclear, and therapeutic options remain unavailable.

The protein at the root of SCA3/MJD is known as ataxin-3. Recently, Dr. Todi and his research team published that neuronal toxicity from pathogenic ataxin-3 is regulated by one of the proteins with which ataxin-3 interacts, a protein folding enzyme known as Hsc70-4. The team found that reducing the levels of this enzyme mitigates toxicity caused by pathogenic ataxin-3, and that inhibiting the interaction of pathogenic ataxin-3 with Hsc70-4 improves phenotype.

Their findings indicate that this partnership is harmful in SCA3/MJD. The objectives of this study are to understand how Hsc70-4 worsens SCA3-like phenotypes, and target this enzyme as a therapeutic entry point for SCA3/MJD.

“Over two decades of work in SCA3 have produced important insights into this incurable disease, yet a solution in the clinic is presently unavailable,” Dr. Todi said. “We reasoned that understanding protein partners of the SCA3/MJD protein, ataxin-3, and their impact in its pathogenicity would yield valuable leads toward treatment.”

According to their study, “Ubiquitin-interacting motifs of ataxin-3 regulate its polyglutamine toxicity through Hsc70-4-dependent aggregation,” published in eLife in 2020, Dr. Todi and his team’s research utilizing novel isogenic Drosophila melanogaster lines of SCA3/MJD led them to further study a new partner of ataxin-3.

“We found that pathogenic ataxin-3 interacts with the heat shock protein, Hsc70-4 (HSPA8 in mammals) in Drosophila, and that this interaction enhances the aggregation and toxicity of the SCA3/MJD protein,” he said. “On the one hand, mutating the binding sites of Hsc70-4 on ataxin-3 and knocking down Hsc70-4 lead to reduced levels of aggregated ataxin-3. On the other hand, more recent data indicate that increasing the levels of Hsc70-4 worsens ataxin-3-dependent degeneration in Drosophila. Alongside other findings, these results lead us to the hypothesis that Hsc70-4 actively enhances the aggregation and toxicity of pathogenic ataxin-3.”

Based on these promising observations, Dr. Todi and his research team aim to understand the mechanism through which Hsc70-4 enhances SCA3/MJD toxicity and to investigate the potential of Hsc70-4 inhibitors to suppress SCA3/MJD as well as other SCA disorders.